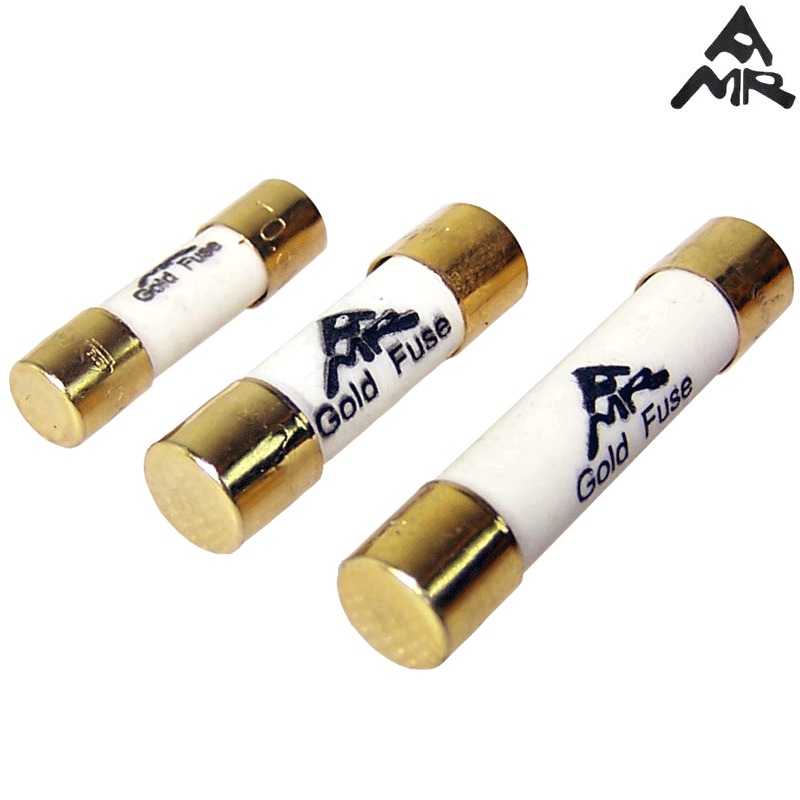 Fuse upgrades are often overlooked, but upgrade to an AMR Gold Fuse and you won`t look back.

The electrical mains power supply is the “fuel” that feeds every audio or visual system. If this “fuel” is degraded along the way, it will not perform to the very best of its ability. One of, if not the weakest link in the audio/visual chain is the fuse. Without doubt, it will degrade the electricity as it passes through.
The AMR Gold Fuse is a reference replacement fuse for all electronic products. Audio and visual products from amplifiers to LCD televisions will attain a higher level of performance as the power supply chain is no longer “degraded” by running the electricity through a compromised, mass produced fuse.
The generic fuse is an industrial-grade item produced for one job only: to act as a safety cut-out by melting once the electrical current passing through exceeds stated parameters. Its remit has no consideration for the needs of an audio/visual component/system.

With AMR’s awareness and understanding of the limiting factor of the generic fuse, AMR has designed and developed the AMR Gold Fuse which addresses each of the above issues to result in a whole that is truly greater than the sum of the parts.

Most audio equipment due to the surge on power up require slow-blow. However, for certain products such as speakers, then the fast-blow type is better-suited. The AMR 2.5A and 4A fast-blow fuses were developed specifically for this application. In particular, they ideally-suit the Magneplanar range of speakers.

Fuse values available are as follows:

Also note that the 15A 5mm x 20mm fuses have the older black font, to confirm there is no difference in design between the black font style and the blue font style.