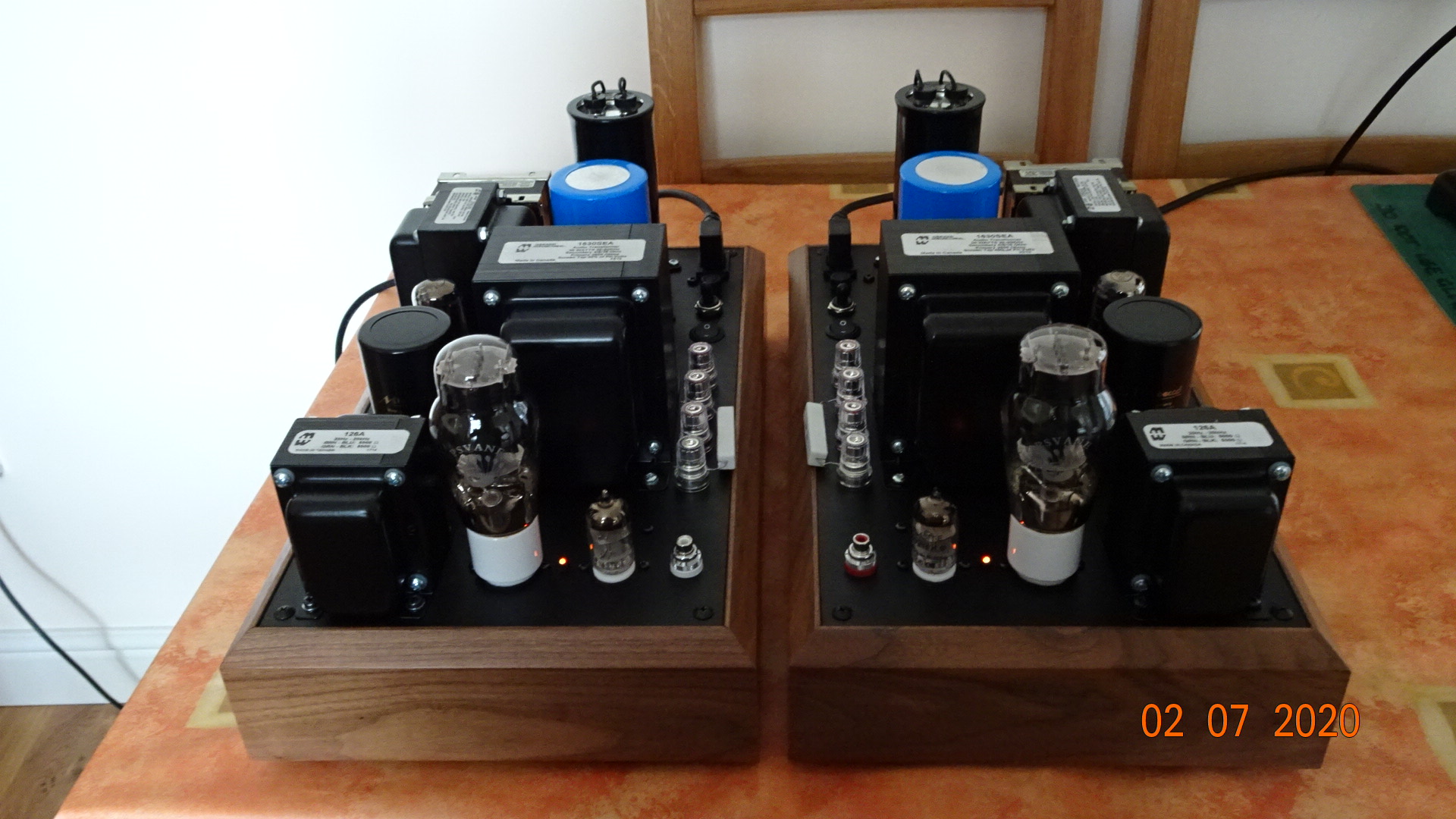 Here we have a blog post sent in by Mr S.C., regarding a recent build using a 2A3 circuit:

"They sound pretty good: engaging, natural, musical. This is quite surprising, especially considering that the 2A3's being used are only the basic Psvane "Hi-Fi" grade, and also that the interstage & output transformers are only Hammonds, which aren't the most outstanding sounding 'irons' available. I guess it demonstrates the inherently good sound of a simple 2A3 S.E. circuit!

The H.T. power supply uses an Ohmite Gold resistor in front of the 70uF Obligatto film/oil input capacitor. I've also used a 230uF Clarity cap reservoir for the 2A3, & 100uF Mundorf Tube-cap, along with a Mills 6K2 12W resistor for the 6C45Pi.

On the filament supply for the 2A3 you'll see a Jantzen resistor, which although only a 1R1 still forms a very worthwhile filter being placed before a 10,000uF BHC capacitor. I also used a Nichicon 1800uF cap after the LM1085 adjustable linear voltage reg. (which incorporated a PRP 160R resistor in the voltage set circuit), together with a 0.22uF Mallory 150M bypass across the 2A3 filament pins. (The noise/ripple on the filament supply is very low indeed.) The 6C45Pi has 2 x 0R68 Jantzen 5W MOX resistors which bring the near 7V supply voltage down to 6.33V.

For the audio circuit, you'll notice the big Mundorf 33uF Supreme film/oil, & Mills resistor used for the 2A3 cathode biasing. The 6C45Pi meanwhile has an Amtrans AMRG carbon film bias resistor with a Black Gate NX bypass. (The latter is 20 years old, but still measures very well.) The input load resistor is a Shinkoh Tantalum, & I used a pair of 2K4 Charcroft Z-foils for grid stoppers (very necessary on a 6C45Pi).

I have a pair of Lowther DX3's, which although not the greatest full-range drivers on the planet (especially the top end!), are very efficient & highly insightful. Therefore the 2A3's meagre 3 watts/channel (valve watts, of course) is more than enough in my small lounge. In my estimation, it's incomparably better to have 3 great watts of output power, rather than dozens (or even hundreds) of 'ho-hum' watts!" 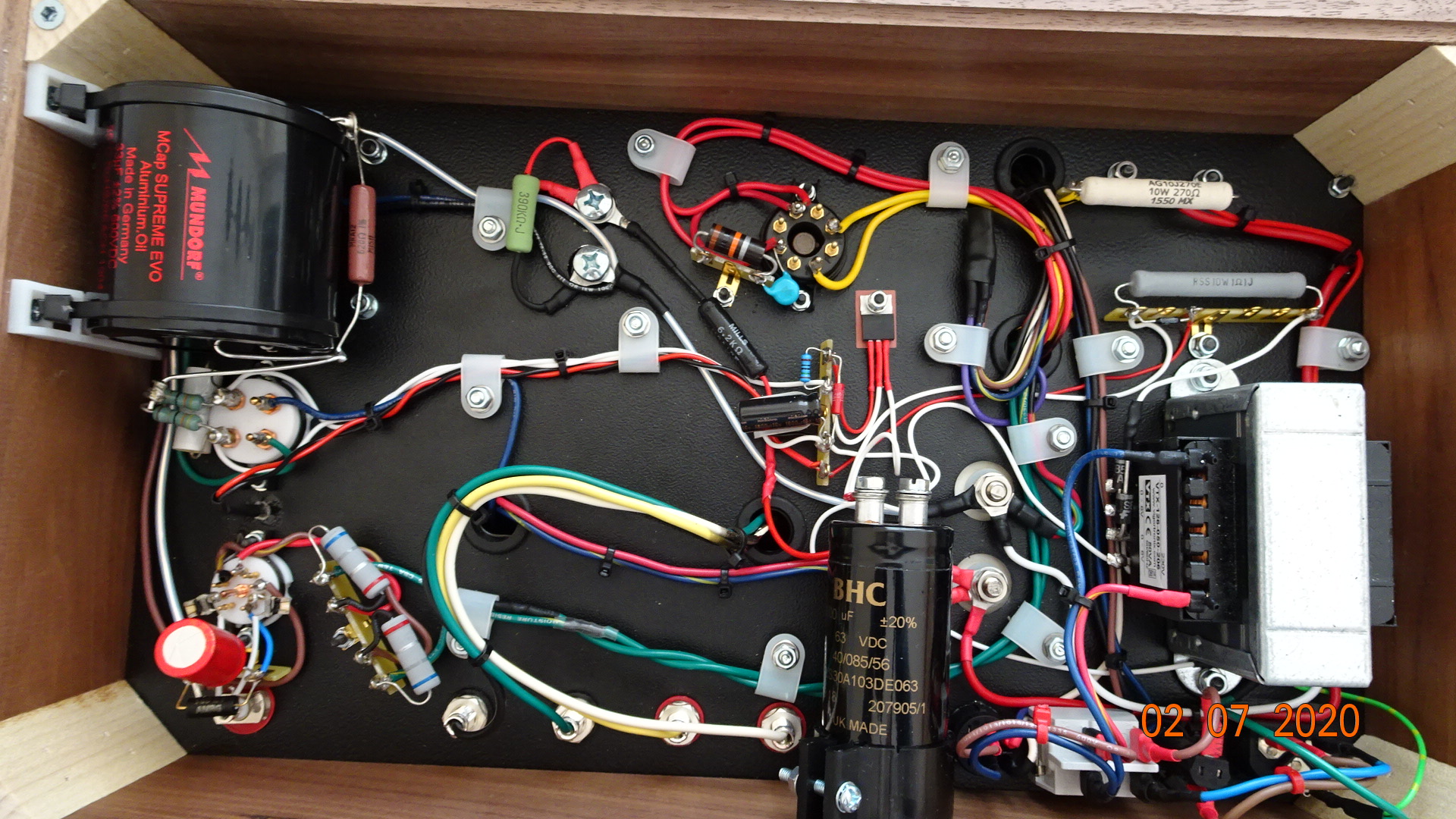 Thank you very much to S.C. for sharing this lovely build. If you are working on a project or have just completed a build using parts from HFC please get in touch at info@hificollective.co.uk, we love to see where our components end up!