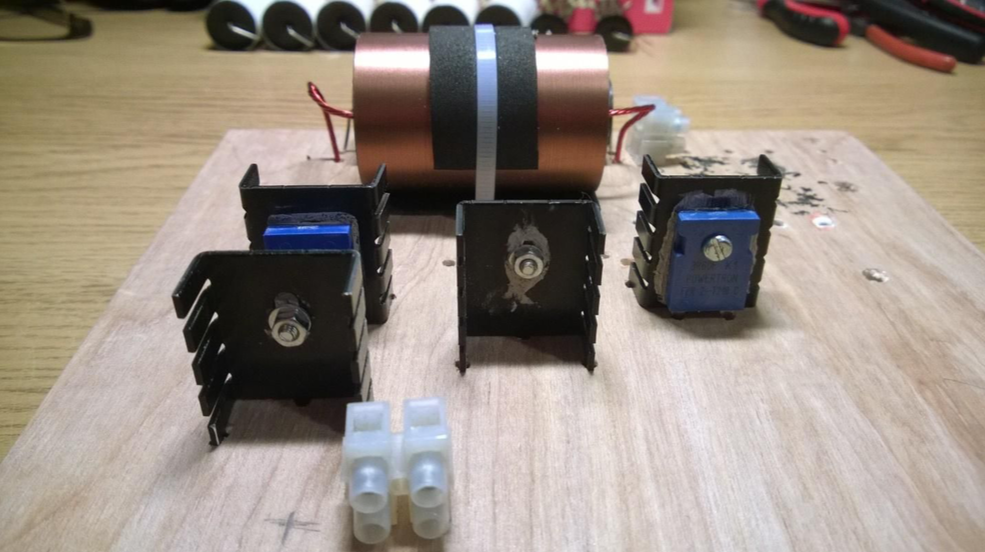 This weeks blog is an extremely detailed and well thought out review by one of our valued customers, Mr M.R. Is his own words:

"Powertron metal foil resistors “... are used throughout the industry ... and offer an incredibly stable resistance up to around 65 degrees ....”. Both statements by the Hifi Collective team caught my attention and some internet research confirmed that their stray inductance is practically non-existent because of the way the metal foil is cut and folded. The fact that they accept a heat sink potentially turning them into 30W devices did not go against them the slightest bit.

In the case of the 3-way speaker, the Powertron replaced Duelund Standard Graphite and Mundorf M-Resist Supreme resistors. I had been very pleased with the Duelunds and the Mundorfs – thinking neither could hardly be bettered. I find them very equal in performance, well rounded, super detailed, letting through more upper bass than one would think possible. I might prefer the Duelund except it is difficult to retrofit due to its exaggerated length. The Mundorf use standard sizing.

Replacing the standard series resistors with these had brought about a much-improved sound: Greater clarity, improved perspective and previously unheard details popping up everywhere in all genres of music. In fact, replacing standard resistors with these high-end versions was one of the best crossover upgrades I have done. The effect was as great as that heard from a serious capacitor upgrade.

Therefore, the Powertrons had a hard act to follow but they did it with panache. From the moment they were inserted, the high-end of the frequency spectrum got even brighter, better defined, clearer, more detailed and finer. S-sounds were downplayed even when straight out of the box. They played almost as well as the Duelunds and the Mundorfs after only 12 hours of burn-in. They get to sound more rounded after just 30-40 hours of playing and any s-sounds eventually disappear completely. There is not a hiss within earshot when using them fully burned in.

1) Although the Powertrons present immediately brighter high octaves, these octaves remain fully integrated with the rest of the signal. Sometimes that is not the case. Upgrade a tweeter, a capacitor or start using silver components and the detailing jumps up a discernible notch but the signal can lose some of its integrity even after a full burn-in. The Powertron retains that integrity from the off and does not let go of it.

Before anyone rushes out to empty their wallets on dozens of Powertrons - as I did and replaced every single resistor in my speakers – there are some things that it may pay to be mindful of. I use Class D amplification with a passive preamp i.e. a single logarithmic carbon potentiometer. There is no line buffer between my DAC and power amp, only the potentiometer and the attempt to match input and output resistances as well as possible. I wonder if this setup is one reason for liking the Powertrons so much – I cannot say. Those who prefer vacuum tube amplification may reach other conclusions than I have. 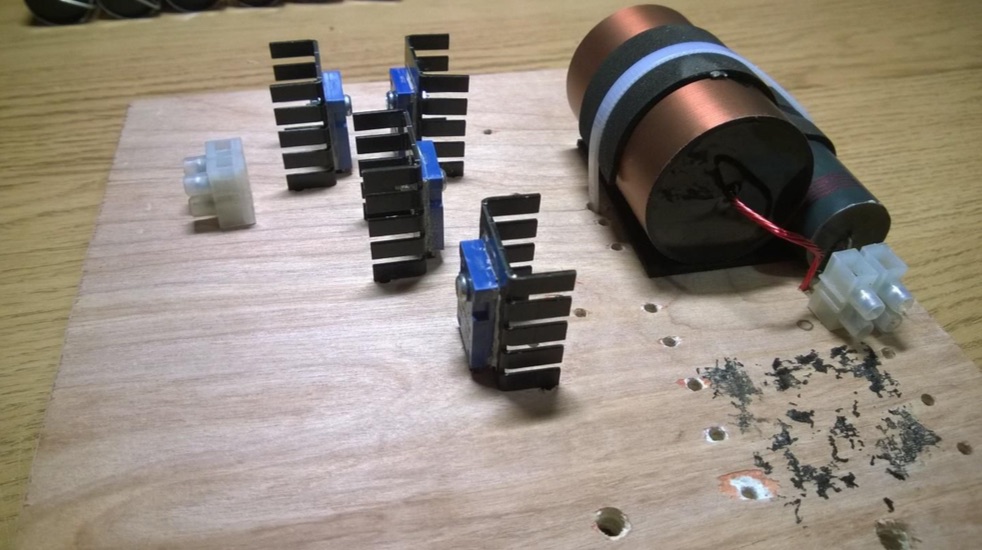 I find the Powertron resistors to be absolutely and positively endearingly accurate. Others may find them infuriatingly accurate. It all depends. I cannot guarantee that these resistors will be the shot in the arm that my own my speaker projects turned out to be in need of. However, I would warmly recommend them anyway. If you are considering a resistor upgrade do give the Powertrons a listen. They are well worth the extra effort despite the additional heatsink, M3 fixing screw and thermal compound they require in order to operate safely.

Bear in mind that if a resistor value is made up of two identical values such as 10Ω = 5Ω + 5Ω then the power dissipation of each 5Ω resistor is half that of one 10Ω resistor thereby doubling the power throughput before reaching failure. It doubles the cost but, perhaps, doubles the peace of mind as well? It did for me. Below a few pictures of the high pass filter for the tweeter in my 3-way speaker."

Thanks to M.R. for writing this review, we're also big fans of the powertron resistors so its great to hear we're not alone! If you've made any upgrades discovered new components or have a project you'd like to share please feel free to send it into info@hificollective.co.uk