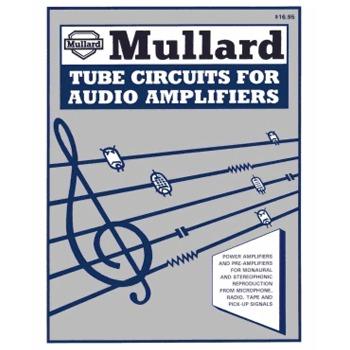 The first notable contribution of Milliard design engineers to the specialist world of high-quality sound reproduction was the now- famous 'Five-Ten' amplifier circuit which was introduced in the summer of 1954. In subsequent years, a succession of designs for high-quality circuits has issued from the Mullard Applications Research Laboratory, and these designs include circuits for power amplifiers and pre-amplifiers, circuits suitable for tape- recording equipment and, most recently of all, circuits for stereophonic reproduction.

Many of these circuits have been described in articles in various magazines or have appeared in the form of booklets or leaflets. The others have only recently been released by the laboratory, and have not yet been published. The object of this book is to present the most up-to-date versions of the published circuits together with the new stereophonic circuits in a way which will be useful and convenient to equipment manu- facturers, service engineers and home constructors. A list is given on page vi of the earlier Mullard publications which have been incorporated in this book. These publications may be useful for purposes of comparison, but it should be appreciated that the information given here is the latest available and consequently, supersedes that issued elsewhere.

Most of the material contained in this book is based on work undertaken at the Mullard Applications Research Laboratory. The largest contributions have been made by R. S. Babbs, D. H. W. Busby, P. S. Dallosso, C. Hardcastle, J. C. Latham and the late W. A. Ferguson.

While the circuits described in this book have been designed by Mullard engineers, it should be noted that Mullard Limited do not manufacture or market equipment or kits of equipment based on the circuits. Mullard Limited will not consent to the use of the 'Mullard' trademark in relation to equipment based on the circuits described, but will not object to appropriate references to Mullard circuits, specifications or designs. Also, the information contained in this book does not imply any authority or license for the utilization of any patented feature.