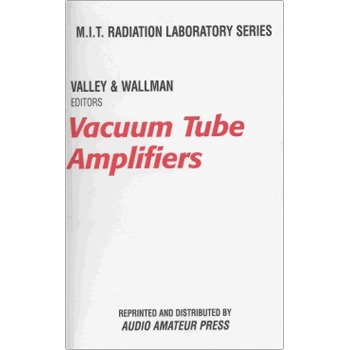 World War II galvanized the United States into a level of action in almost every walk of life within weeks of December 7, 1941. Everyone realized almost immediately that science and the educational establishment would play a vital role in the execution of the conflict. Thus the great scientific centers of the nation were quickly recruited to study and solve problems for the military. Primary among these were communications-including such things as radar, among many others.

One of the most distinguished of these study centers was the Massachusetts Institute of Technology in Cambridge, where The Radiation Laboratory was established. It operated throughout the war under the supervision of the National Defense Research Committee. This effort brought together the best minds of the times for the problems at hand. The Radiation Lab worked closely with research counterparts in Great Britain, as well as men and women in laboratories throughout the free world. Thousands participated.

After the War the participants at M.I.T. suggested to the government's Office of Scientific Research and Development that a series of 28 volumes be issued summarizing the vast amount of facts discovered by the wartime effort. This 18th volume of the series appeared in 1946. This volume, Vacuum Tube Amplifiers, edited by George E. Valley, Jr. and Henry Wallman, was written by ten authors including Wallman. The editors were assisted by Ms. Helen Wenetsky. The work at The Radiation Lab primarily explored very high frequency amplification. The editors point out, however, that they intended a useful, general review of tube technology, not just an exploration of radar. They divided the material into two parts, "...the first part to include the basic principles of circuit design, the second...the assembly of basic circuits into functional instru- ments, such as receivers, and data display systems."

Among tube enthusiasts the book has taken on the aura of a classic, almost as desired as the great Langford-Smith volume. It is here reprinted complete and unabridged.